So I know it’s been a long while since I posted anything on the site… but I just wanted to give everyone an overview of what has been going on in my life and the so called “life” of CFB Creations.

Late last year, I volunteered to go on a Defense Prisoner or War/Missing in Action (DPAA) mission.  We went to Vietnam in search of fallen service members who have not been accounted for.  We worked long, hard, sweaty, muddy hours during this mission and had to be away from our families for almost two months.  That being said, I would do it again in an instant given the chance.  This was one of the most meaningful things that I have done in the 15 years that I have been in the military and will be something that I will remember until the day I die.  Standing on the Vietnamese flightline in my blues, performing the repatriation ceremony for the remains of our fallen is something that not many people get the opportunity to do.

Earlier this year, I also had to travel to the Philippines for work to participate in a joint exercise known as Balikatan.  While I was only gone for a few weeks, the weeks of preparation did also take a toll on me.

Both of these trips are only part of the reason I haven’t been active on here nor YouTube.  The truth is, I was in somewhat of a “funk” for most of this past year.  I think I was focusing too much on trying to release content as fast as possible so that I could compete with other woodworkers who post projects weekly.  I have come to the conclusion that I cannot do that and should stop trying to.  Most of those guys who produce weekly content are doing it as a full time job.  I can’t work a full time job and then try to achieve results like they do in the time that they do.  Whatever, from now on I’ll release content at my own pace.

I have just recently found out that I will be moving to North Dakota later this year.  For the most part, I am pretty excited about the move.  I have lived overseas for 10 years and am ready to get back to the U.S.

I have definitely enjoyed my time abroad and have seen and experienced things that most Americans never get the chance to.  The only thing that I am apprehensive about is the winter time temperatures.  Yeah, it snowed in Korea and Germany… but it didn’t get cold enough that if your car breaks down you could die!

Not only am I going someplace new, I’m moving the website in a new direction also.  I have decided that I don’t like making woodworking plans.  So from now on, I will upload the Sketchup files that I create.  I will offer them for free, but will not be spending extra time trying to make them look professional.  All the “plans” that I have have been uploaded, and I will continue to do so in the future.

I never receive comments from any of you, so I made everything able to comment through Facebook accounts.  This should make commenting a little easier and more personal. 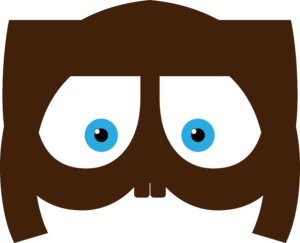 I made a new logo, tell me what you think.  So far there are three versions that I am considering.  There is a plain black version, color and rounded version, and a beaver version.  The base of the logo is a C, F, and B all placed on top of each other and then flipped on its side.  Then I thought it looked kind of like a beaver.  I’m serious though, let me know what you all think.

Even though it is very simple content, I do have a new video that I just posted.  This shows me making some cornhole boards.

Finally, I want to ask you all if you have any ideas you all would like to see implemented?  This covers all avenues of CFB Creations, including the YouTube channel, website, and social media.  If you have anything, either post it in the comments below or go over to my contact page and drop me a line.

Keep up to date with CFB Creations